This topics introduce you to the feature “Partial correction tool” in SILKYPIX Developer Studio Pro9! 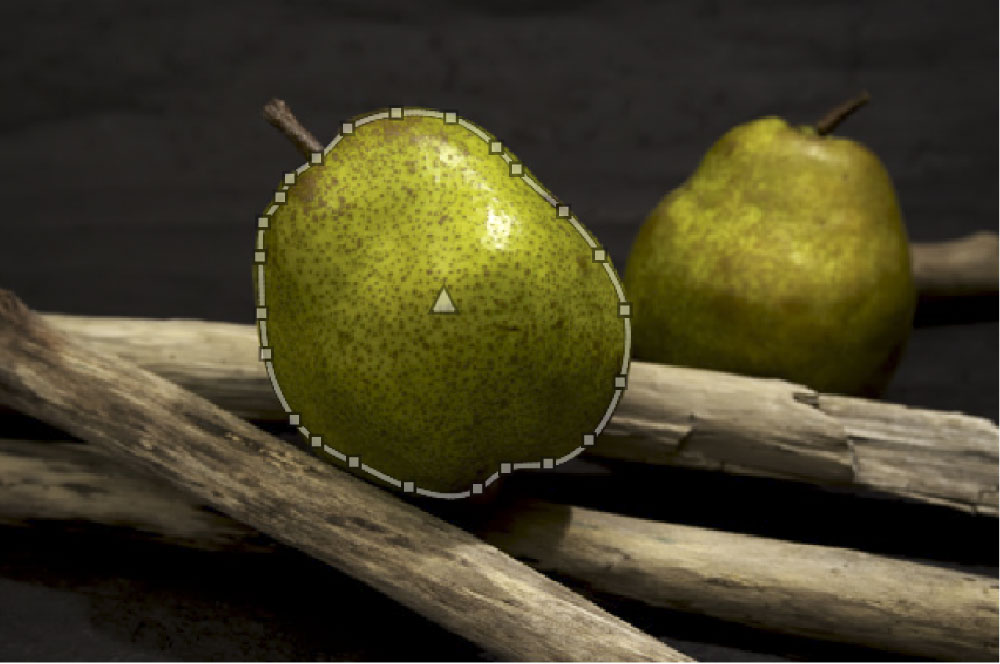 The Partial correction tool is located inside a sub-control icon. 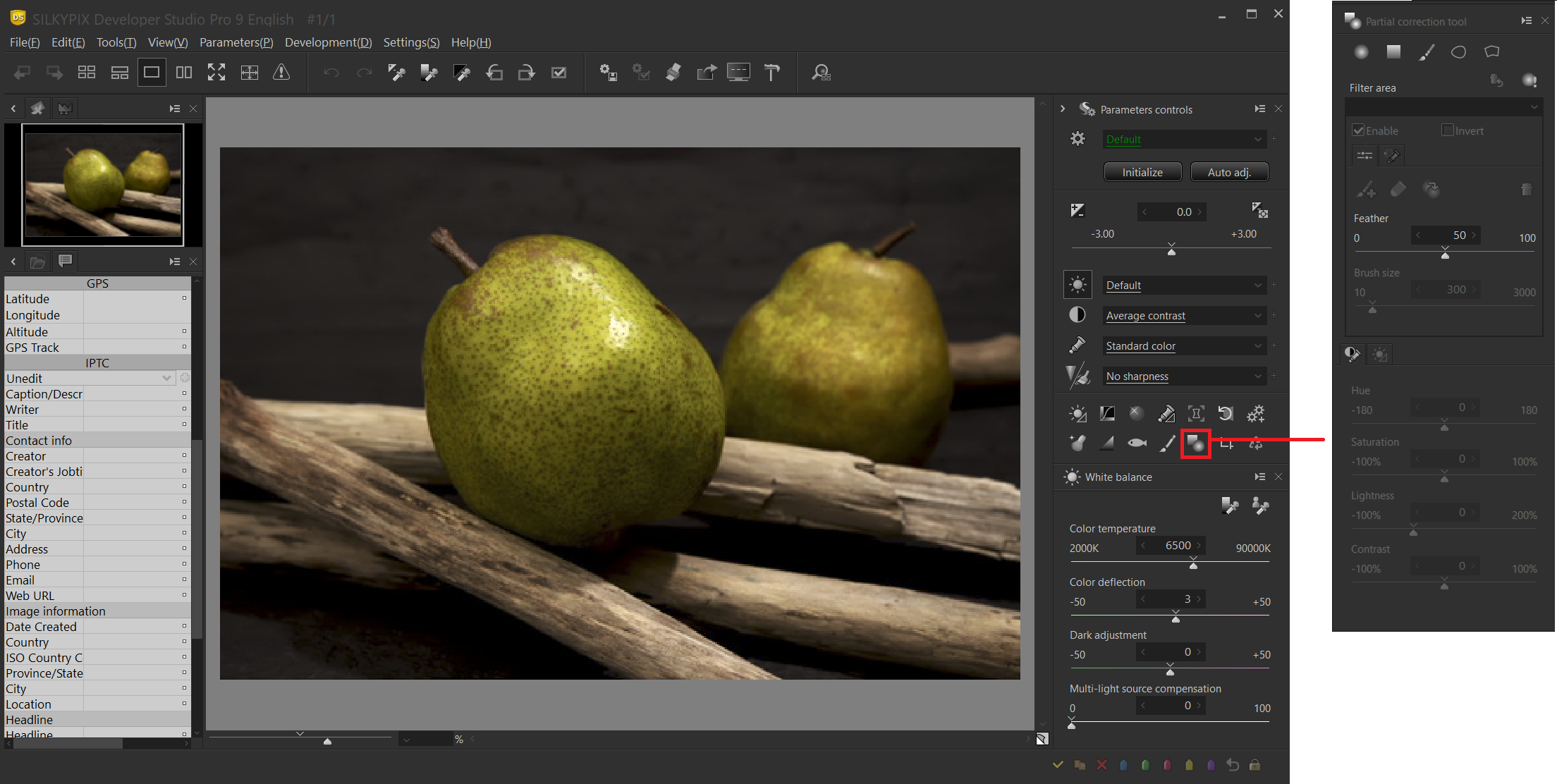 First, we will take a look at how to use curve area selection. 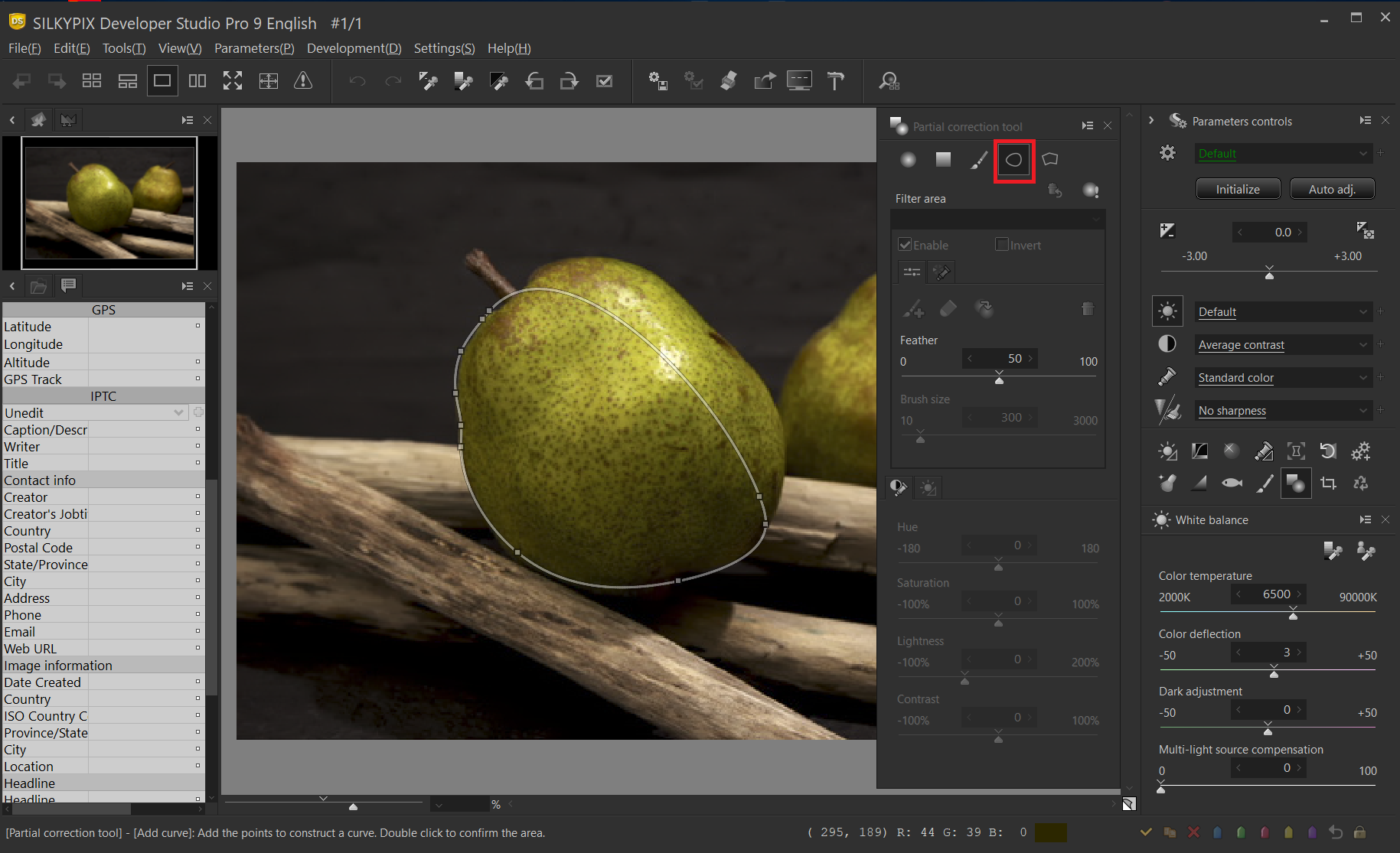 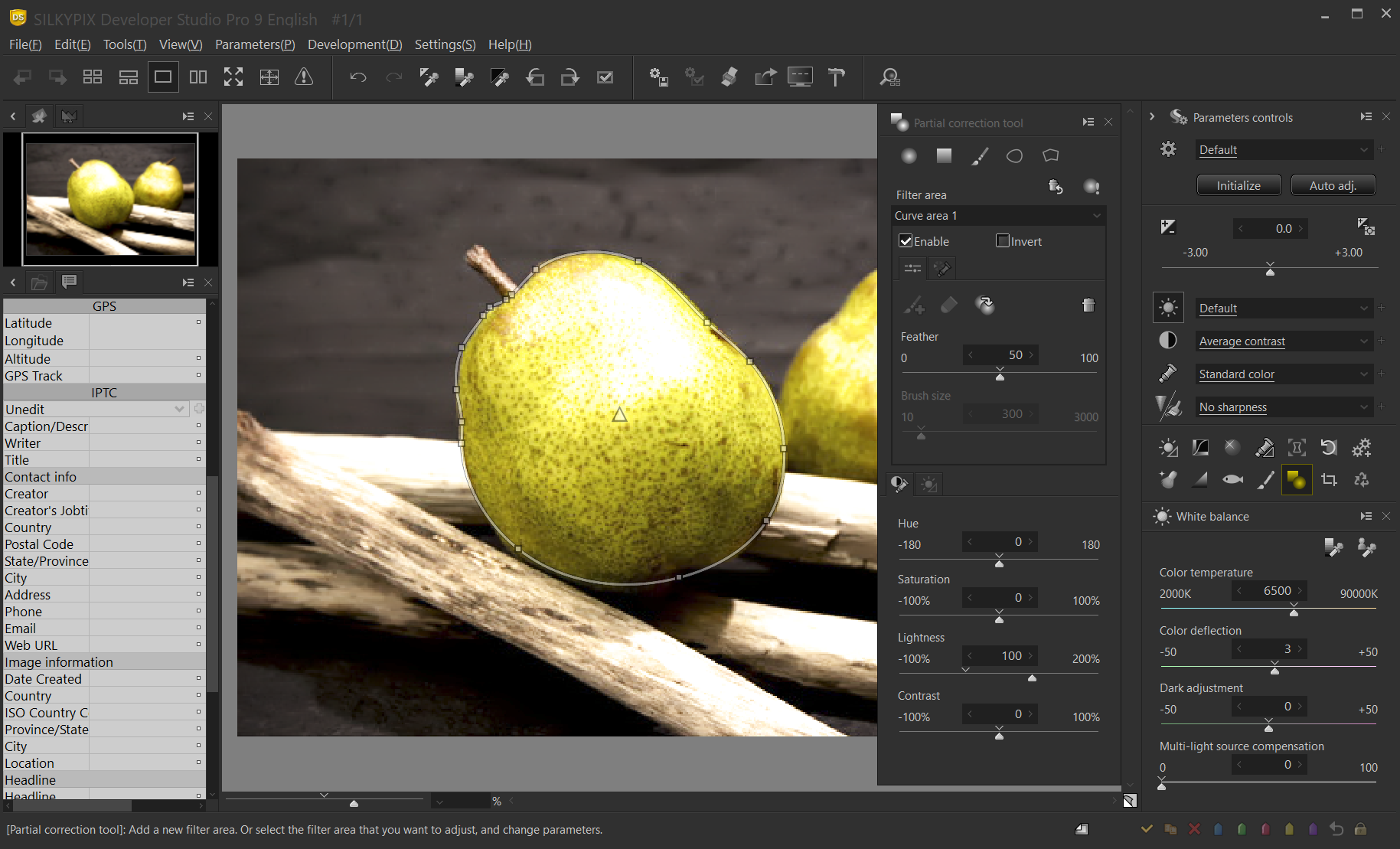 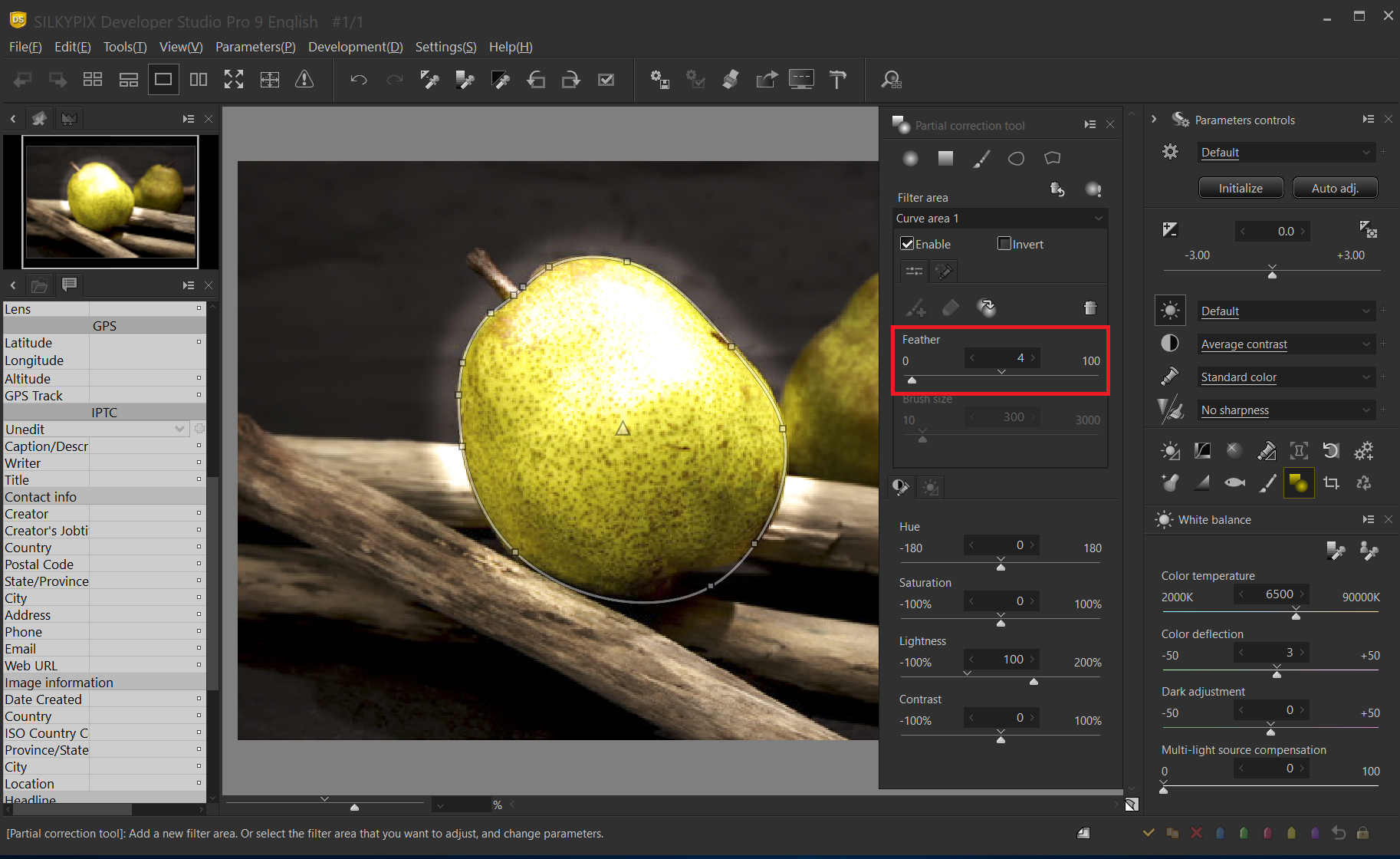 By default, the amount of blur, which is 50, is reduced. As a result, the outline of the correction area becomes clear and the correction outside the specified outline is also reduced. 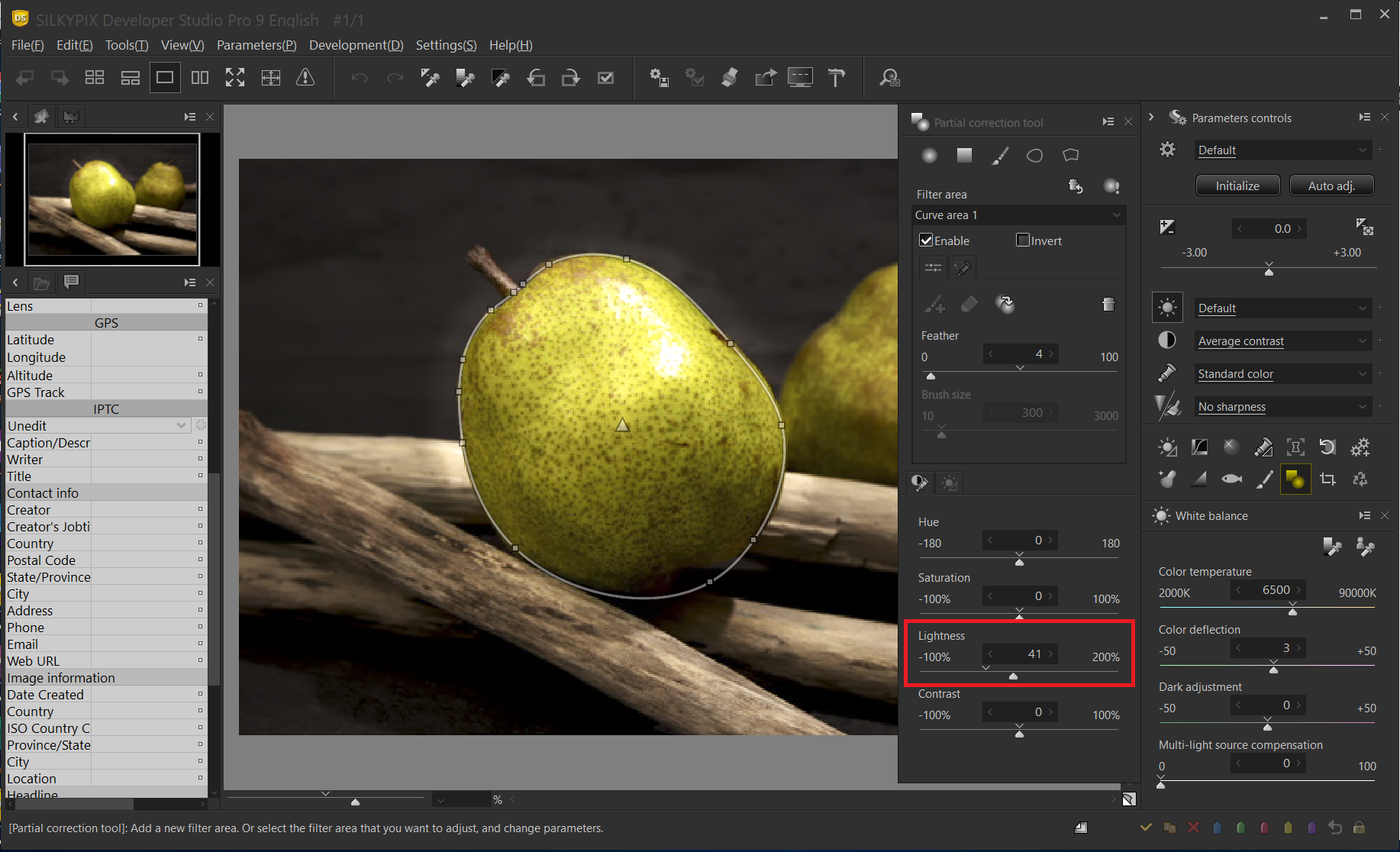 Adjust the correction parameters of the Partial correction tool. In this example, the brightness is increased and adjusted. 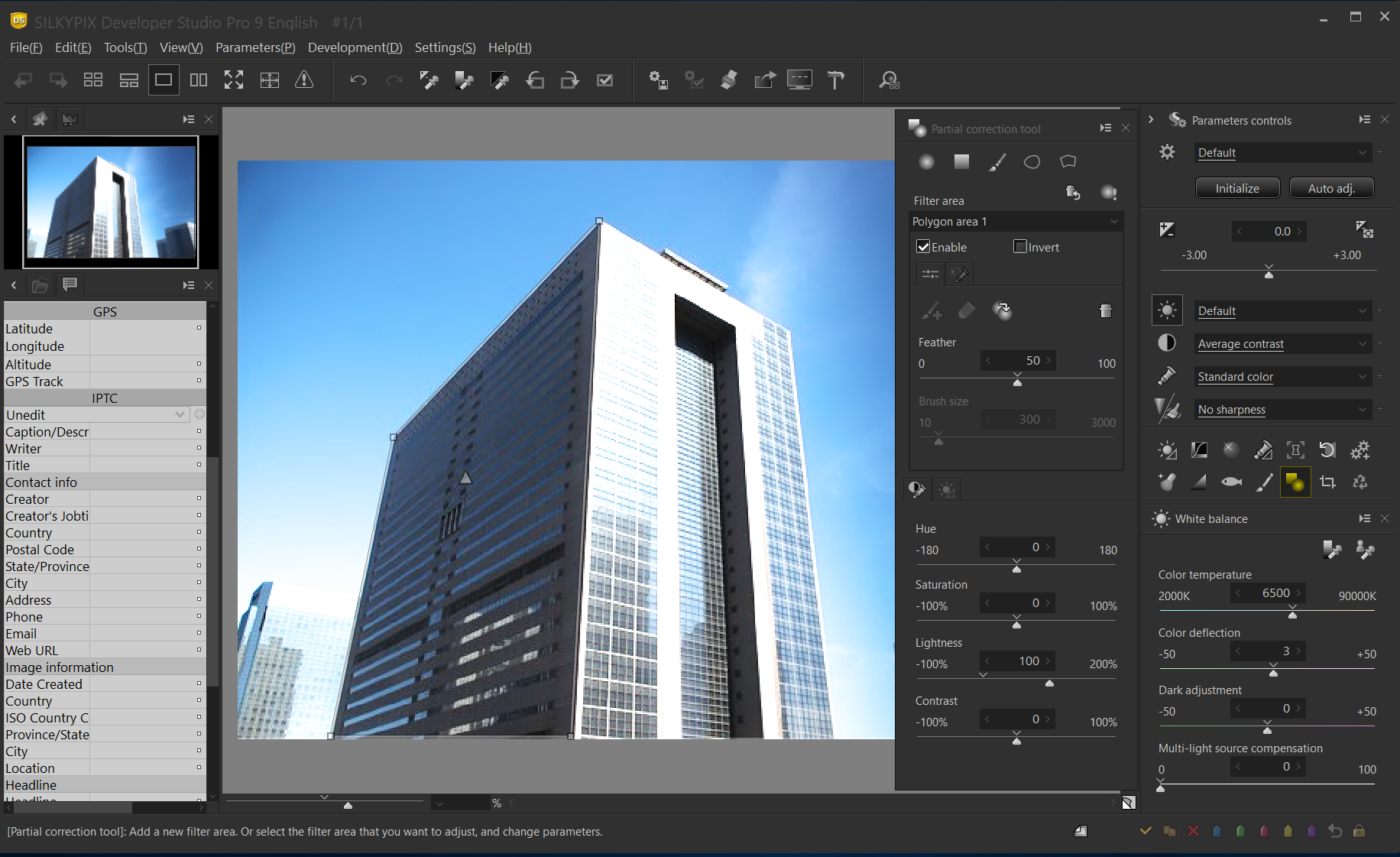 Double-click the area around the subject to complete the area specification and enter the correction mode. After that, use the same procedure as described above in “Add curve area” to set and correct the blur amount.

In this example, the specified part was brightly corrected. It’s now much easier to specify a range that’s difficult to do when specifying correction ranges in circles, stages, and brushes so far with this functions.

Next topics we will introduce the “Select color to be corrected” function and the “Invert the filter area” function.